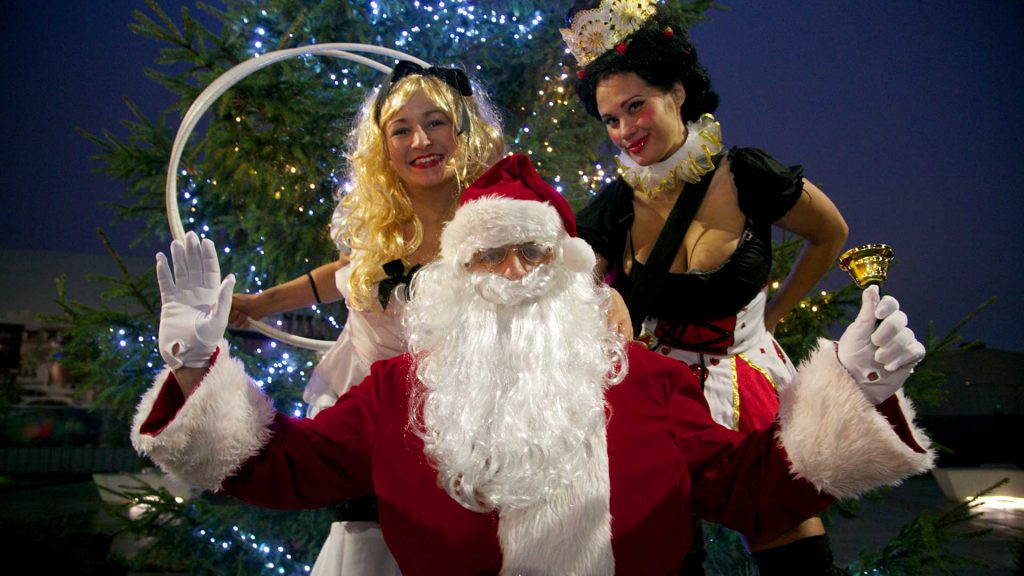 DurhamGate has welcomed the festive season with a charity celebration event and the unveiling of its Christmas tree.

The Christmas tree lights were switched on by Santa Claus in front of a crowd made up of hundreds of local residents and employees from businesses based at DurhamGate.

The event, which was funded by DurhamGate, raised almost Ł600 in donations from guests, which will be donated to Children’s charity Barnardo’s, which is Carillon’s chosen charity and helps to support young carers and families looking to foster or adopt.

Guests were welcomed by Alice in Wonderland character stilt walkers, the ‘Ice Queen’ and carol singers from North Park Primary School before being treated to a visit from Santa. Street Theatre performers and fairground rides entertained visitors who enjoyed Fish & Chips and festive fare including mince pies and mulled wine served by DurhamGate-based pub, The Fox Cub.

Complementing the outside activities was a Christmas market hosted by DurhamGate resident, livin in its head office. Stallholders from local businesses showcasing locally-produced products paid Ł10 each to secure a pitch, which was donated to charity.

Helen Attley, Concierge Manager at DurhamGate, said: “Celebrating Christmas is a great way to bring people together and the DurhamGate community came out in force to enjoy the festive celebrations and raise money for charity.

“It was a wonderful event that really got everyone in the Christmas spirit, especially all the children who got the chance to meet Santa!

“We are extremely grateful to everyone who has helped make the event possible, especially our Duke of Edinburgh’s Award candidates and Spennymoor Youth Council who brought the nativity to life.”